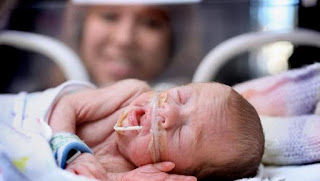 An investigation has been launched into a spike in deaths among newborn babies in Scotland.

Official figures reveal that 21 infants died during September within 28 days of birth, causing the neonatal mortality rate to breach an upper warning threshold known as the ‘control limit’ for the first time in at least four years.

Control and warning limits are designed to flag up to public health teams when neonatal, stillbirth or other infant deaths are occurring at unexpectedly high or low levels which may not be due to chance.

Concerns have previously been raised about the potential impact of Covid on maternity services and maternal wellbeing, but it is the first time since the pandemic began that neonatal deaths have been so abnormally above average.

Although the rate fluctuates month to month, the figure for September – at 4.9 per 1000 live births – is on a par with levels that were last typically seen in the late 1980s.

Posted by jimmie at 10:12 AM
Email ThisBlogThis!Share to TwitterShare to FacebookShare to Pinterest
Labels: info